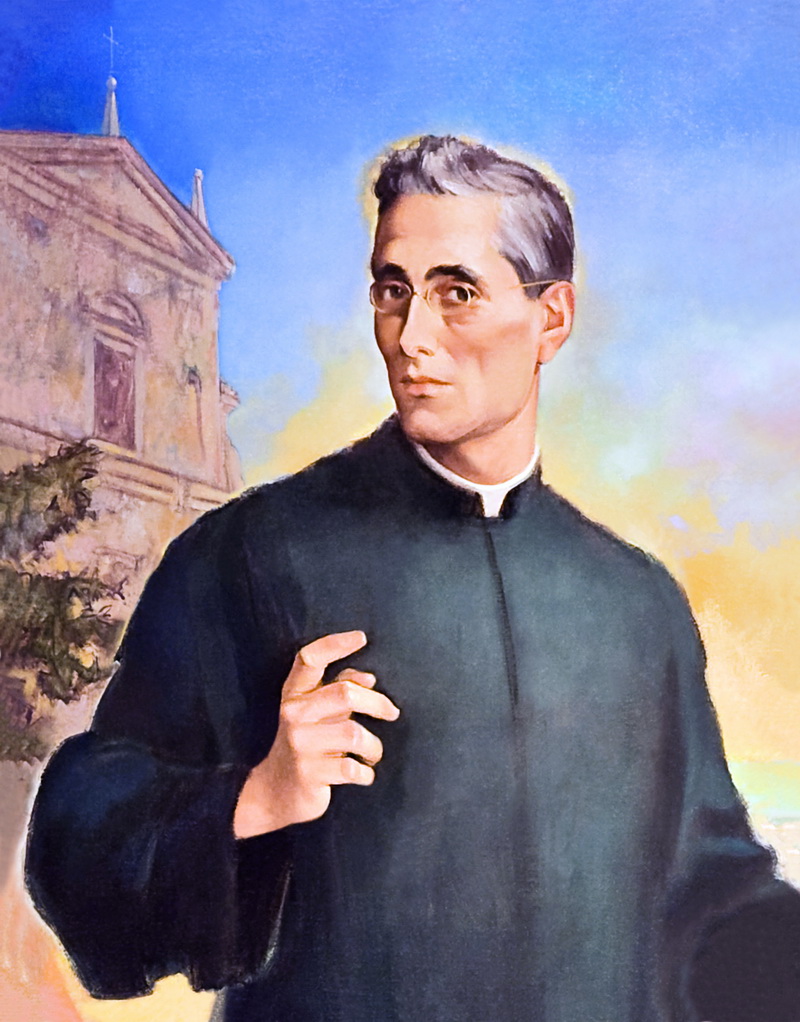 Arcangelo Tadini was born on the 12th October, 1846, at Verolanuova (Brescia), to Pietro and Antonia Gadola,
the last of eleven children.
In 1864 he enters seminary in Brescia and on the 19th June, 1870 is ordained a priest and exercises his ministry
in the Brescian towns of: Lodrino, La Noce and, finally, Botticino Sera where he stays for 25 years.
He lives parish life as a ‘workshop in social living’ and on the wave of the first social encyclical, the Rerum
Novarum of Leo XIII, who proclaims the centrality of the working man, he tries to establish concrete initiatives
to improve the working conditions of young women workers: he builds a textile factory in order to offer them
work opportunities and opens a boarding school for women workers from outside the area in order to
facilitate relationships between family and friends but he realises that it is still not enough for those young
women workers, who in his eyes of attentive father seem to be “squeezed like lemons”, because they are
violated in their dignity as women and workers.
In 1900, he founded the congregation of “Working Sisters of the Holy House of Nazareth” so that those young
workers had as working colleagues Sisters that would help their humanity to shine through and for the
presence of Jesus the worker in Nazareth to emerge, the good news of a God who is near, who was made man,
has entered into history, has assumed every fragment of it and can give new life to everything.
He dies in Botticino Sera on the 20th May, 1912. He is beatified by John Paul II on the 3rd October, 1999 and
cannonised by Benedict XVI on the 26th April, 2009.
His feast day is celebrated on 21st May.